Anthony Low was a former vice-chancellor of Australian National University, where he was also the first President of the African Studies Association of Australasia and the Pacific. His most recent books include The Egalitarian Moment: Asia and Africa 1950-1980 (1996), Britain and Indian Nationalism: The Imprint of Ambiguity 1929-1942 (1997) and Keith Hancock: The Legacies of an Historian (MUP 1997). 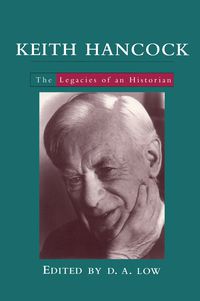 Keith HancockD.A. Low
Paperback$34.99
Free shipping
on orders over $50
Get 10% off
when you sign up as a member
Buy now from Australia's
Oldest university press
