WIM Victoria is thrilled to be honouring Jill Singer, a remarkable reporter and educator,  who died in 2017.

We are delighted that the ABC's award-winning investigative reporter, Louise Milligan, will be the speaker at our inaugural event.

Louise wrote 'The Cardinal - The Rise and Fall of George Pell' which won the Walkley Book of The Year in 2017.

She won a Walkley Award in 2018 for her story on the ABC's Four Corners program which featured Saxon Mullins, a young woman at the heart of one of Australia's most controversial rape trials.

"I am delighted and honoured to deliver the inaugural Jill Singer lecture for Women In Media Victoria," Louise said.

"Jill was a bright and fierce light in our industry and it is still difficult to imagine that she is no longer here."

"She was also known for her courage. I would like to talk about the role of courage by women  in our media landscape and the courage of the women who are our subjects. How this has changed the culture over the past couple of years and what are the barriers we face." 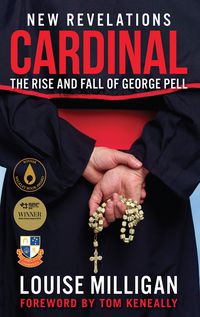