The Palace Connection: Jenny Hocking on the Dismissal at the 30th Annual Lionel Murphy Memorial Lecture 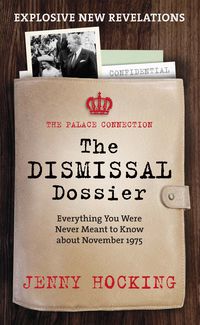 The dismissal of the Whitlam government by the Governor-General Sir John Kerr in 1975 remains one of the most contentious episodes in Australian politics. The history of the dismissal is no less contentious and has never been settled.

Now Jenny Hocking is pursuing the release of the ‘Palace letters’, correspondence between Kerr and the Queen, her private secretary and Prince Charles regarding the dismissal, through a Federal Court action against the National Archives of Australia. The Palace letters are embargoed on the instruction of the Queen until at least 2027, and potentially indefinitely.

In the 2017 Lionel Murphy Memorial Lecture, Professor Jenny Hocking asks: Why would the Queen need protecting from an Australian political issue? What are the implications of this for our national autonomy as a constitutional monarchy? What did the Palace know about the dismissal? And why is the Queen refusing to lift her embargo on the Palace letters? Here for the first time, Jenny Hocking will discuss the latest revelations from the archives and will reveal the final piece in the secret history of the dismissal of the Whitlam government – the Palace connection.

This event is free, and you can register here.