Alice Garner tries to make a living as an historian, actor and musician. She splits the rest of her time between looking after her two children, enjoying her husband's fine cooking, and volunteering with Actors for Refugees, which she co-founded in 2001. As an actor, Alice is best known for her role as Carmen in the much-loved ABC TV series 'SeaChange', and as Alice in the campus feature film Love and Other Catastrophes (Film Critics' Circle Award; AFI nomination). She has also starred in 'The Secret Life of Us' and her latest work is in Ray Lawrence's feature Jindabyne. Alice has a doctorate in History from the University of Melbourne. This is her second book. 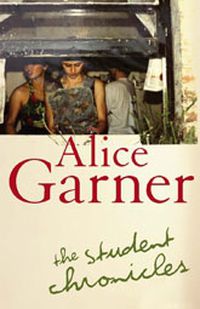 The Student ChroniclesAlice Garner
Paperback$24.99
Free shipping
on orders over $50
Get 10% off
when you sign up as a member
Buy now from Australia's
Oldest university press
