Andrew Rule (editor) grew up in eastern Victoria surrounded by animals. Too small to be a mounted policeman, too big to be a jockey, too frightened to be a rodeo rider, he won the 1974 Sale Agricultural Show essay competition ($5 first prize) before starting as a reporter with the Gippsland Times and Maffra Spectator. He later worked at The Age, The Herald and the Herald Sun, has written and published several books and claims to have once spent a week with a circus. He has variously maintained three terriers, two cats and too many old ponies and young racehorses. 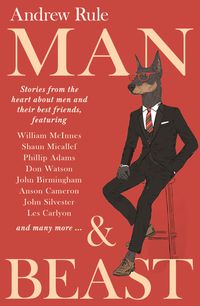 Man & BeastAndrew Rule
Paperback$29.99
Free shipping
on orders over $50
Get 10% off
when you sign up as a member
Buy now from Australia's
Oldest university press
