Anna Rose is co-founder and chair of the Australian Youth Climate Coalition, a movement of over 70,000 young people working to solve climate change before it's too late. She is the joint recipient of the 2009 Environment Minister's Young Environmentalist of the Year Award and a Fellow of the International Youth Foundation.Anna's climate change work started with shovelling compost and emptying recycling bins in high school. She went on to work with the National Union of Students on dozens of campus clean energy victories, speak onstage with the Dalai Lama to an audience of 16,000, trudge through snow door-knocking in the United States for the Obama campaign, and spearhead Australia's first climate torch relay in her former role as GetUp's climate campaigner.In 2011 Anna received a Churchill Fellowship to research youth peer-to-peer climate education. The Sydney Morning Herald named her one of Sydney's most influential people (in 2009) and one of the top five most powerful grassroots organisers in New South Wales (in 2011). She lives in Sydney with her husband Simon and the occasional foster cat. 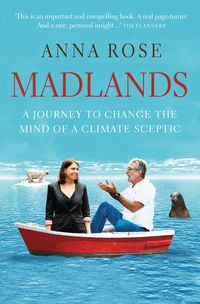 MadlandsAnna Rose
Ebook$18.99
Free shipping
on orders over $50
Get 10% off
when you sign up as a member
Buy now from Australia's
Oldest university press
