Christine Jackman began her career as a journalist with the Courier-Mail in Brisbane in 1993, where she first began writing about politics, including the rise of Pauline Hanson and One Nation. She has worked in New York as a foreign correspondent for News Ltd, in the Canberra press gallery and as the Australian's social issues writer. She was a feature writer for the Weekend Australian Magazine. 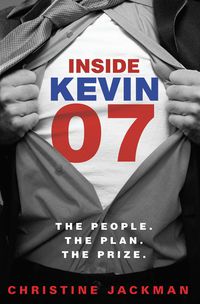 Inside Kevin 07Christine Jackman
Paperback$32.99
Free shipping
on orders over $50
Get 10% off
when you sign up as a member
Buy now from Australia's
Oldest university press
