David Walker is an Australian historian who holds Honorary Professorships at the University of Melbourne, Western Sydney University and Deakin University. From 2013–2016 he was the inaugural BHP Chair of Australian Studies at Peking University, Beijing. For many years he has studied Australia’s responses to Asia. His books include Anxious Nation: Australia and the rise of Asia, 1850–1939; Stranded Nation: White Australia in an Asian Region and (with Louise Johnson and Tanja Luckins) The Story of Australia: a new History of People and Place. 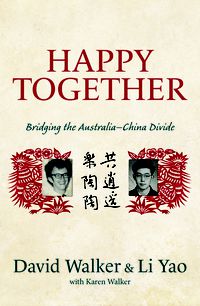 Happy TogetherDavid Walker, Li Yao, Karen Walker
Paperback$34.99
Free shipping
on orders over $50
Get 10% off
when you sign up as a member
Buy now from Australia's
Oldest university press
