Graeme Davison is a Sir John Monash Distinguished Professor in the School of Historical Studies at Monash University since 1982. He has also held appointments at the University of Melbourne, the Australian National University and Harvard University, where he was Professor of Australian Studies. His books include The Rise and Fall of Marvellous Melbourne and How the Car Won Our Hearts and Conquered Our Cities, which won the Nettie Palmer Prize for Non-fiction. The Rise And Fall Of Marvellous MelbourneGraeme Davison
Ebook$31.99 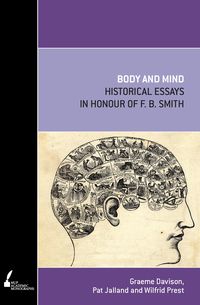 The Rise And Fall Of Marvellous MelbourneGraeme Davison
Paperback$49.99
Free shipping
on orders over $50
Get 10% off
when you sign up as a member
Buy now from Australia's
Oldest university press
