Jim Sharman is an international director of film, musicals and theatre. His credits include the stage production of The Rocky Horror Show, which he later directed for 20th Century Fox. He has worked in Australia, Japan, the United Kingdom and the United States, and his other credits include the musicals Hair and Jesus Christ Superstar. His stage work has encompassed more than seventy productions, including opera (Don Giovanni, Voss, Death in Venice), classics (Shakespeare, Strindberg, Wedekind, Brecht) and much of the stage and screen work of Nobel Laureate Patrick White. He lives in Sydney. 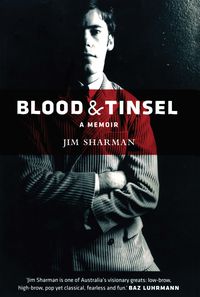 Blood and TinselJim Sharman
Paperback$49.99
Free shipping
on orders over $50
Get 10% off
when you sign up as a member
Buy now from Australia's
Oldest university press
