Dr Joshua Funder is the great grandson of Stanley Watson and has been researching and writing his story for over a decade. He earned his science and law degrees at Melbourne University and the London School of Economics before undertaking a PhD in intellectual property for biotechnology from Oxford University, where he studied as a Rhodes Scholar.
Today, Joshua works as a venture capital investor in healthcare and biotechnology, and has worked in corporate strategy and development in the same area, in particular with the Clinton Foundation HIV/AIDS Initiative to successfully reduce prices for anti-retroviral medicines and initiate pharmaceutical supplies across eastern and southern Africa. Joshua has made contributions to public policy and community service as president of the Oxford Graduate Student Union, student representative on Oxford University Hebdomadal Council, co-founder and chairman of the independent Australian think tank Per Capita, director of the John Button Foundation, councillor of the City of Yarra, co-founder and director of the Yarra Energy Foundation, and Director of Gowrie Victoria early childhood education. He lives in Melbourne with his wife and two children and this is his first book. 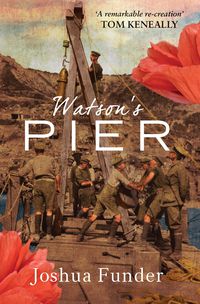 Watson's PierJoshua Funder
Paperback$32.99
Free shipping
on orders over $50
Get 10% off
when you sign up as a member
Buy now from Australia's
Oldest university press
