Professor Marcia Langton is one of Australia's most important voices for Indigenous Australia. She first became an Indigenous rights activist at Queensland University in the 1970s, and since then has worked with the Central Land Council, the Cape York Land Council and for the 1989 Royal Commission into Aboriginal deaths in custody. In more recent times, Professor Langton has become an academic and now works at Melbourne University. Professor Langton has received many accolades, including an Order of Australia, and has authored several books. In 1999 Professor Langton was one of five Indigenous leaders who were granted an audience with the Queen to discuss the proposed recognition of Indigenous Australians in the Australian Constitution. She is also a frequent guest on the ABC's Q&A show. It's Our CountryMegan Davis, Marcia Langton
Ebook$18.99
On sale 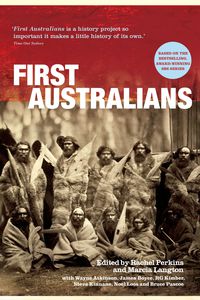 Honour Among Nations?Marcia Langton
Paperback$39.99
Free shipping
on orders over $50
Get 10% off
when you sign up as a member
Buy now from Australia's
Oldest university press
