Margaret Reeson has a background in general and Christian education in Papua New Guinea and Australia, with special interest in church history. She gained her MA at the Australian National University in 1996. Her long involvement in several spheres of Uniting Church in Australia included a term as Moderator of Synod of NSW & ACT in 2000-2002. Her books include Currency Lass (1985), Certain Lives (1988), A Very Long War (MUP 1996), A Singular Woman (1999) and Pacific Missionary: George Brown (2013). 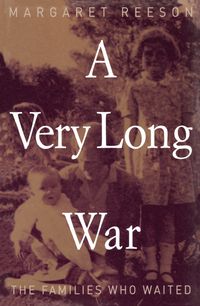 A Very Long WarMargaret Reeson
Paperback$34.99
Free shipping
on orders over $50
Get 10% off
when you sign up as a member
Buy now from Australia's
Oldest university press
