Mark Hearn is a lecturer in the Department of Modern History, Politics and International Relations, Macquarie University. He has published widely in the field of Australian history and contributed opinion pieces on Australian politics and history to the press. He was a co-editor of Rethinking Work: Time Space Discourse, published by Cambridge University Press (2006). From 2002 to 2005 he was a sesquicentenary post-doctoral fellow in Work and Organisational Studies at the University of Sydney. In 2014-15 he was an Australian Prime Ministers' Centre fellow at the Museum of Australian Democracy, Old Parliament House, Canberra. 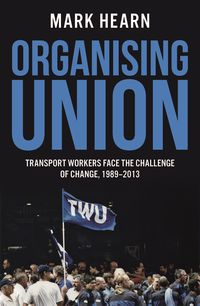 Organising UnionMark Hearn
Paperback$34.99
Free shipping
on orders over $50
Get 10% off
when you sign up as a member
Buy now from Australia's
Oldest university press
