Richard Broinowski was born and raised in Melbourne. He gained a law degree from the University of Adelaide and a Master in Public Administration from Harvard. During a long career as a diplomat, he served in Tokyo, Rangoon, Tehran and Manila, before becoming Ambassador to Vietnam, then the Republic of Korea and finally to Mexico, the Central American Republics and Cuba. In the early 1990s, he took time out to be general manager of Radio Australia. He was president of the New South Wales branch of the Australian Institute of International Affairs from 2014 to 2017. In 2019 he was appointed an Officer in the Order of Australia for his advancement of Australia’s diplomatic, trade and cultural relations. He lives in Sydney with his wife Alison, and cat Genji. This is his fifth book.

Under the RainbowRichard Broinowski
Ebook$28.99 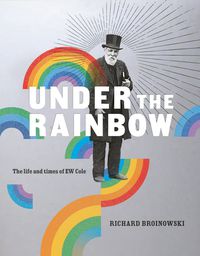 Under the RainbowRichard Broinowski
Hardback$44.99 A Witness To HistoryRichard Broinowski
Ebook$28.99

A Witness To HistoryRichard Broinowski
Paperback$44.99