Robin Grove (1941-2012) was "a man for whom words, music and movement were a lifelong passion". Robin won the ABC orchestral composition prize in 1957, and his two-act ballet score was presented at Her Majesty's, Ballarat in 1958. First training as a musician, Robin worked for Ballet Victoria for many years and both choreographed for that company and served on its board of directors. Robin worked as an English lecturer at the University of Melbourne from 1964–2006 and he is published widely on both dance and English literature. 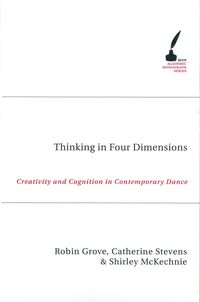 Thinking In Four DimensionsCatherine Stevens, Robin Grove, Shirley McKechnie
Paperback$49.99
Free shipping
on orders over $50
Get 10% off
when you sign up as a member
Buy now from Australia's
Oldest university press
