Sarah Ferguson is an ABC journalist. In the same year that she worked on The Killing Season, she also wrote and presented Hitting Home, the landmark series on domestic violence. She has presented the ABC's 7.30 and worked as a journalist on Four Corners, where she won four Walkleys—including the Gold Walkley in 2011 for 'A Bloody Business'—the Melbourne Press Club Gold Quill Award, four Logies for most outstanding public affairs report, as well as the George Munster Award for Independent Journalism and the Queensland Premier's Literary Award. 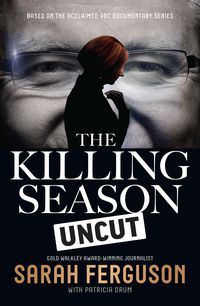