Sylvia Lawson (1932-2017) was a journalist, academic and author, known for her support for cinema in Australia through her work with the Sydney Film Festival from its inception in 1954. She was one of Australia’s most acute and eloquent cultural and political essayists. Her work includes the prizewinning collection How Simone de Beauvoir Died in Australia, The Archibald Paradox: A Strange Case of Authorship and the novel The Outside Story, which is centred on the Sydney Opera House. 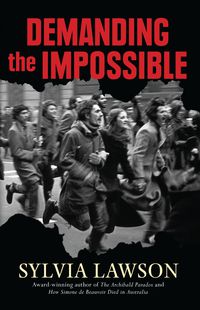 The Archibald ParadoxSylvia Lawson
Paperback$32.99
Free shipping
on orders over $50
Get 10% off
when you sign up as a member
Buy now from Australia's
Oldest university press
