←Back to Brain Food An extract from “Brain Food”

What can I do to stop blueberries from sinking to the bottom of my muffins? P. Lyons
With their smooth skins, round shape and heavy density, blueberries are the bathyscaphes of the berry world and will descend to the depths of any batter. Drop a berry into a bowl of water and only the largest will float. Before adding the flour to the creamed butter and sugar, dust the blueberries in the flour. This will create a rougher surface that will cause drag and slow them sinking to the bottom. Don’t roll them in extra flour, unless you add proportionally more liquid.

We had a pizza party on New Year’s Eve and some of the leftover dough was put in the fridge. The next day it smelled like beer. Is that okay? T. Jacobs
I often find that things in my fridge smell like beer on New Year’s Day—only to discover it is my own breath. Although yeast prefers to work at a nice warm temperature of about 27 degrees Celsius, it will continue to ferment, albeit very slowly, in the fridge. That beery smell is the trapped aromas of fermentation of the yeast in the pizza base, one of which is the alcohol. During fermentation the yeast breaks down the starch in flour into simple sugar and then digests the sugar. The carbon, hydrogen and oxygen in the sugar are reformulated by the yeast into carbon dioxide, water and alcohol. During baking the alcohol vaporises, helping make the dough light and spongy. You won’t get your guests drunk but I do like your suggestion, at the end of your long email that we were unable to publish, of creating the ‘beer-crust pizza’.

What gives washed-rind cheese its colour and why is it so stinky? M. Ewart
You know you are a true cheese lover when you think nothing of taking a stinking, oozing slice of sticky, viscous cheese that smells of football socks and pigpen and slathering it on a slice of sourdough. Washed-rind cheeses form a funky family taking in great names such as Taleggio, Limburger, Pont l’Eveque, Epoisses and all their local Australian aromatic acolytes. When washed cheeses are made they are bathed in a salt solution that creates a perfect environment for a bug called Brevibacterium linens to take hold. This bug loves alkaline conditions and in these produces an orange-yellow pigment, causing the cheeses’ attractive apricot-coloured blush. The sulphurous aromas are created by a cocktail of bacteria, yeasts and moulds munching on nutrients in the cheese and changing their chemistry. Some cheese makers enhance the colour by adding annatto to the wash. This is a natural dye derived from the seed of a Central American tree. The true beauty of washed-rind cheeses occurs as the proteins are broken down into compounds we experience on the tongue as savoury or, as the Japanese call it, umami. Consider enjoying your next washed-rind cheese with a gamey pinot noir, French farmhouse cider or, may I be so bold, an aged Japanese sake. 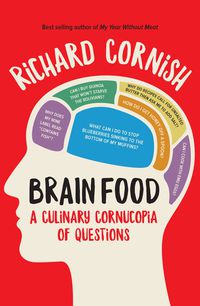 Can I cook with emu eggs? V. Caruthers
In Victoria Heywood’s book Possum Pie, Beetroot Beer and Lamingtons, there is a recipe for emu-egg sponge. It appears above a recipe for stuffed, baked possum. It goes something like this. Take an emu egg and crack it into a bowl. You need to whisk it for 5 minutes until foamy. Continue whisking and add a cup and a half of sugar. Whisk for a further 15 minutes until light and foamy. Add 2 teaspoons of baking powder to 2 cups of plain flour. Gently fold this into the foamed eggs. Melt a teaspoon of butter into a cup of boiling water and add it to the mix, pour into two well-greased large sandwich tins and bake in a quick oven. Melbourne chef Shannon Bennett has made emu-egg sponges at the Piggery Café at Burnham Beeches in the Dandenong Ranges. His recipe makes three 20-centimetre sponge cakes and he says one 500-gram emu egg is equivalent to 14 large hen’s eggs. That would make scrambled eggs for about six. If planning to cook with emu eggs please procure them from a specialist vendor and do not steal from nests in the wild. Emus can run faster than 60 kilometres per hour and have talon-like claws—think velociraptor with a quizzical expression.

Why is port traditionally passed to the left? V. Cooper
A small group of irreligious reprobates with whom I went to school would voluntarily attend Friday afternoon church services held in the school hall. They did this not only to get out of history class but because the vicar used port from Rutherglen as his communion wine. Apparently, in some formal dining situations—such as gentlemen’s clubs—the decanter of port must be first offered to the guest of honour seated to the right of the host, then passed to the left in a clockwise direction. If the person to the right fails to pass the port it is rude to ask for it. Instead, one says to the person holding on to the port, ‘Do you know the Bishop of Norwich?’ If they then don’t pass the port, one should then say, ‘He’s a terribly good chap, but he always forgets to pass the port.’ According to Taylor’s, a Portugal-based manufacturer of port, passing port to the left is part of an English naval tradition that allowed men of war to take a drink but keep their sword hand free because—as we all know—dinner parties can be dangerous places.

Sometimes I get a rash from handling mangoes. R. Walker
You, my friend, are sensitive to a compound found just under mango skin called urushiol. It’s also found in cashew shells and poison ivy. May I suggest you wear latex gloves when handling mangoes, although that would look a little creepy in the supermarket, and avoid using salad bowls and other utensils made of mango wood.

I like microwaving vegies on a plate covered with cling film. Is it safe? L. Sing
Is cling film safe? If you try and breathe through it? No. As a method of birth control? No. As a cooking medium? If used as directed, then the health authorities say yes. Popular household brands of cling film are made from PVC. Some brands are also made with a compound called diethylhexyl phthalate (DEHP) that makes the wrap more ‘plastic’. Small amounts of these compounds can migrate to food, especially when heated. The federal Department of Health states that DEHP has the potential to cause adverse health effects—particularly reproductive effects—from exposure to DEHP leaching from products. It is advised that when using cling film that it not come into contact with food and that there is a vent or holes for steam to escape. On a similar matter, a recent survey of food packaging by Food Standards Australia New Zealand looked at 30 compounds used in food packaging and found that half produced no residue in food. Very low levels of residues of DEHP were found in some samples, such as pizza and peanut butter. One expert stated that a person would have to eat about 600 grams a day of the pizza sampled in the same survey for it to be of concern.

What is the difference between jerked meat and jerk chicken? A. Cousins
Thanks for this question, which is more like a feed line from a Carry On film. Nonetheless, I shall take it as a serious query. The word ‘jerky’ comes from a Peruvian term charqui, which means dried meat and is both a verb and an adjective. Meat is jerked by cutting it into very fine strips, sometimes salting it, and drying it in the sun or by a fire. The same word travelled to Jamaica but took on a different meaning, as African slaves had a massive impact on the cuisine. Around Jamaica’s shores, you’ll find vibrant and aromatic spice mixes that blend the heat of the New World chillies with the aroma of Old World favourites such as allspice, cloves, nutmeg and cinnamon. In Jamaica, jerk refers to this spice mix, which is used as a dry or wet marinade for chicken, pork, other meats and seafood. Jerking in Jamaica describes the marination process.

I have seen lots about the raw food movement. Can I eat all food raw? C. Arthurs
The words ‘raw’, ‘food’ and ‘movement’ sound like something best discussed with a gastroenterologist, and not polite dinner conversation. The proponents of raw food promote eating unprocessed food, fermented food and food that has not been heated above about 50 degrees Celsius. Can you eat all food raw? Some foods offer more nutrition when cooked. According to an article in Scientific American, carrots, asparagus, cabbage and peppers are more nutritious after cooking. Mushrooms, too, are more nutritious post-flame and offer more available potassium when cooked. Morels are poisonous when raw but edible when cooked. Grains such as wheat, barley, rye and oats are more digestible when soaked, fermented or sprouted and not consumed raw. (The raw food movement suggests grains are sprouted before eaten.) The calcium, iron and magnesium in spinach are more available when cooked but you do knock out some of the vitamins. Tomatoes contain a compound called lycopene, a carotenoid that has been identified as an antioxidant which is released after cooking. But the myrosinase in broccoli, an enzyme with health benefits, is destroyed by cooking. You also have to consider, especially in the family situation when you want everyone to eat more vegetables, what is more delicious—raw or cooked veg.

This is a selection of the questions you'll find in Richard Cornish's book Brain Food. 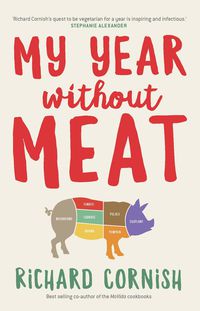 My Year Without MeatRichard Cornish
Paperback
$29.99 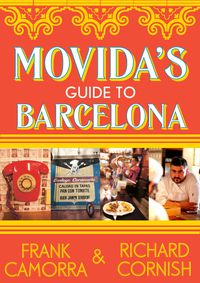